“The Shining” Wedding at The Stanley Hotel 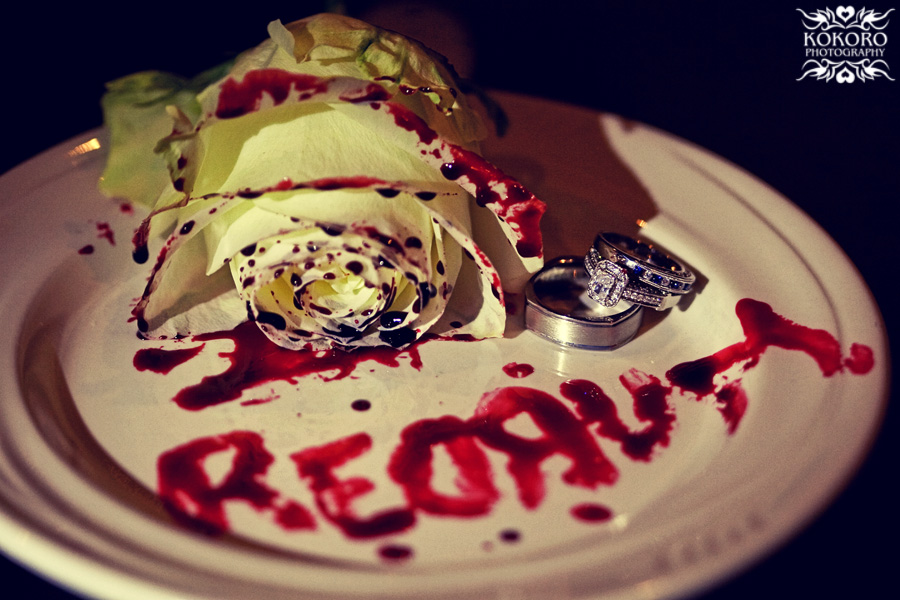 Nothing says “marital bliss” quite like the story of a husband trying to murder his family with an axe, but when you get married at a haunted hotel it can be fun to embrace some of the creepiness. Mai and Michael went all out- Mai was even doing her hair and makeup while watching the original Kubrick film.

Natives and visitors alike know of a connection between The Stanley Hotel and Stephen King’s “The Shining,” but many are confused about what the connection is exactly. Even while watching the movie again to prepare for the silliness our bride and groom had planned, I thought the exterior shots would be of the Stanley- not so. Stephen King was inspired to write the story of creepy little girls in hallways while staying at the Estes Park hotel right before it was closing for an extended period of time. The Stanley claims several ghosts in residence; it’s a straight line from here to there. Apparently, some of the miniseries was filmed at the Stanley, but strangely the hotel’s grand moment on the silver screen is in “Dumb and Dumber.” Please, someone-  groomsmen in ruffled tuxedoes in burnt orange and baby blue launching themselves up the main Stanley staircase- I can see it now…

The creepy rotting woman in the bathtub was the only part of the original movie that genuinely freaked me out. I think Mai looks much more attractive.

Our attempt at recreating the final picture of the movie.