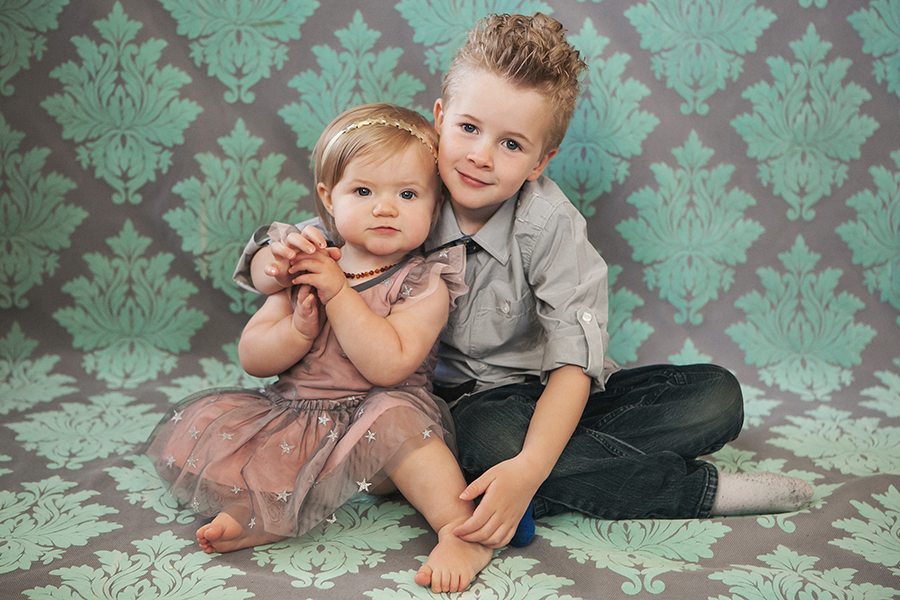 What one year old doesn’t love to smash a cake?  Evelyn enjoyed hers at home in Parker for her first birthday.  She was born in the “stargazer” position – arched backward instead of curled in the typical fetal position.  We tried to incorporate stars and stardust into all of her baby’s first year  photo sessions.  Her big brother, Daemon, helped us test out the background while his baby sister finished up her nap.  We loved his 1950’s movie star look!  He also thought he’d help her with her cake smash, but even though Evelyn had already smashed it pretty well and nearly pushed it right off the high chair (like she did at her party), she wasn’t all that happy about sharing with Daemon. Gotta love her shocked stink eye toward her brother as he went in for a bite!

Oh! She is just precious!

This family might be the cutest I have ever seen! Amazing job with lighting, and all the technicalities, but especially with the connection! I love this!

These are so cute! What a sweet family. I love the background and the stars. Love the image of the little girl reaching for the star. 🙂

I love the color palette & star theme of this. And the sibling & family shots are just so cute!! Beautiful work!

I just love the stars with that background. Simply beautiful.

Little kids are so hard to photograph, but you got such great expressions from them! These are beautiful.

These are adorable! I love the Brother-Sister photos!

What a fun family and beautiful set of photos they’ll cherish forever! Beautiful!

These are precious! I love her stardust outfit!!!