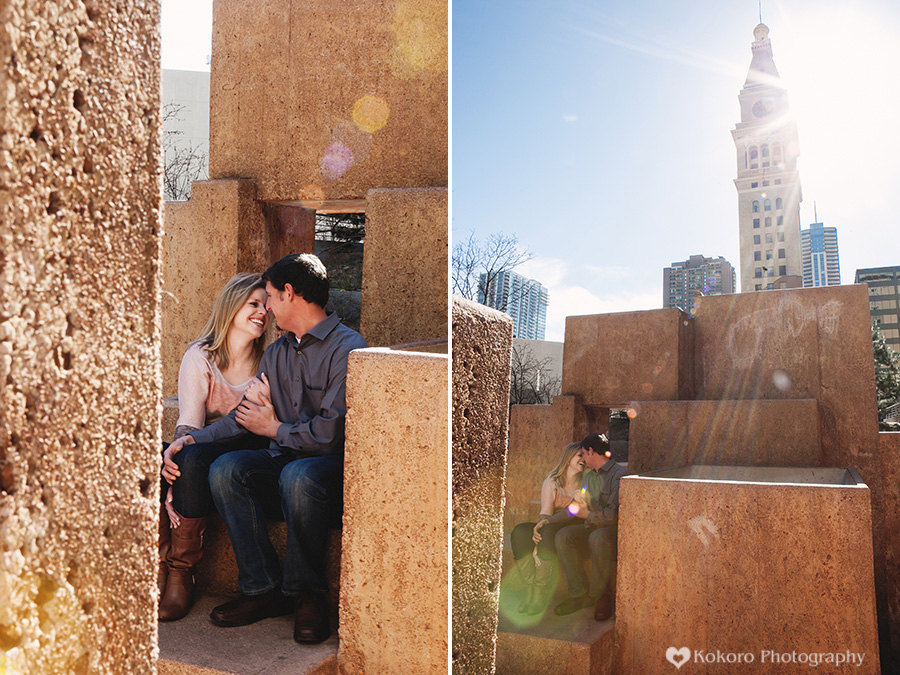 We’ve had the pleasure of knowing the Sederberg family for a long time- we’ve taken pictures of grandbabies, their youngest daughter, Jeanie, was our intern for a summer, and now their daughter Molly is getting married! Due to some serious snow, we had to move  Molly and Alex’s Downtown Denver shoot to St. Patrick’s Day, which was a little bit complicated. There were quite a few drunken revelers who also wanted their photo taken, so we chose to hang out with the gracious folks at the Clock Tower and the Westin Tabor Center instead!

Thank you guys so much for coming down and putting up with the wind and the party kids! And thanks also to Whitney who came to shadow and help where she could! -Amanda