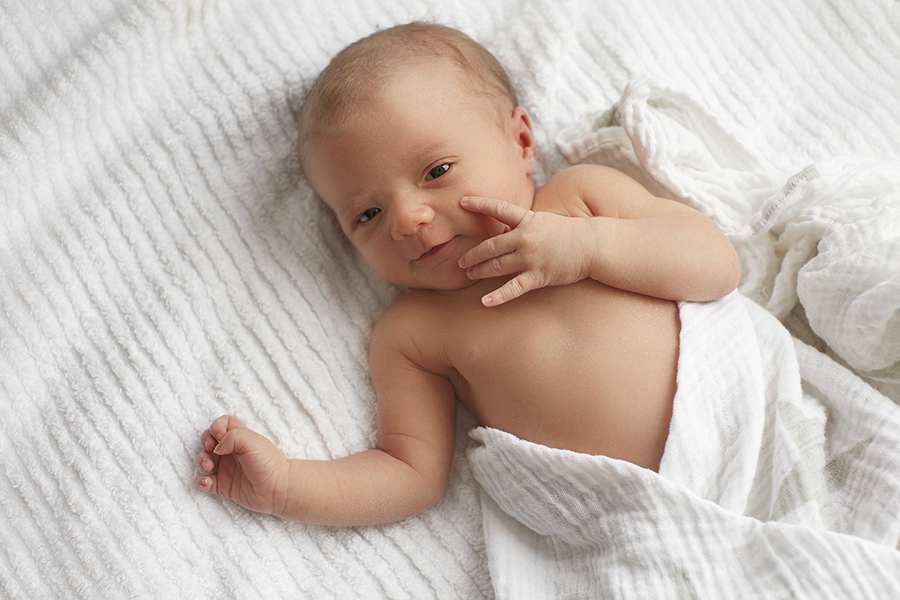 Stargazer girl! I’ve never met a baby who wanted so badly to be arched backward- since she spent her time in utero in the “stargazer” position, her mom and dad decided that they’d like her First Year sessions to include a star theme. (Big brother Daemon’s photos involved Dad’s guitar collection and a series of old school game controllers…) Much like the surface of the suns she looks upon, Evelyn preferred the studio to be 8 million degrees. Once we were all sweating she was a happy, happy baby! (How’s that for an overwrought metaphor?)

Big brother also got one of those great childhood injuries before this session- poor buddy had quite the bruise right in the middle of his forehead! We’re happy to edit these bumps and bruises out if requested, but we tend to leave them as a record of real life and real stories. The real story here is his delight with his little sister – he’s ready to play just as soon as she’s big enough, but in the mean time it’s clear that he’s absolutely taken with her.